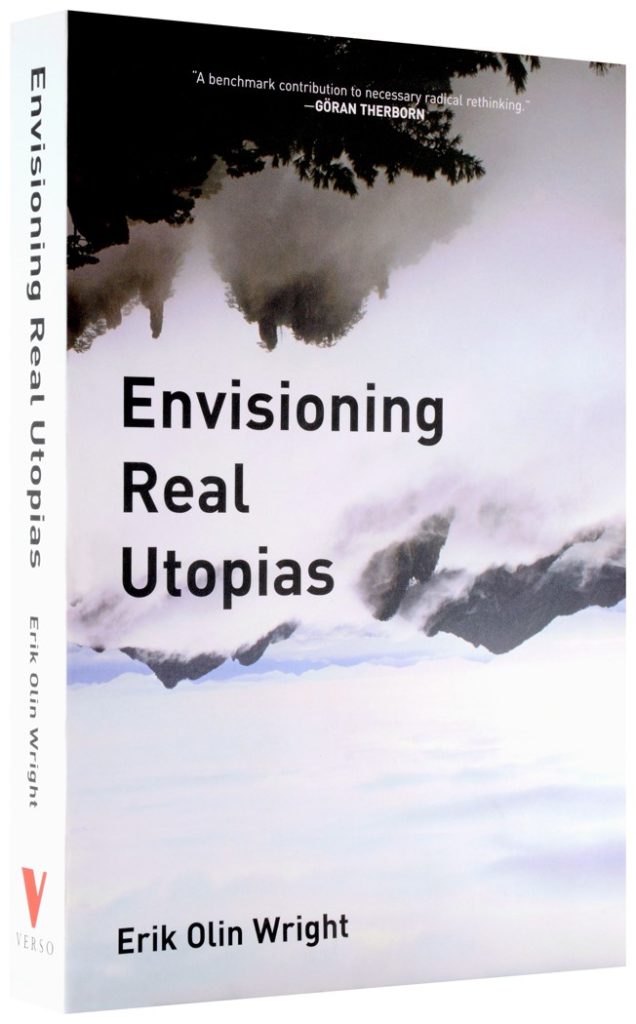 Erik Olin Wright’s Envisioning Real Utopias is a must read for anyone who wants to be a practicing and realistic socialist in a mature capitalist society. The collapse of “actually existing socialism” in Europe twenty years ago cast doubts on the idea that there could ever be a systematic alternative to capitalism. With the rise of the far right, both the conventional radical and the conventional liberal alternative to the status quo seem very far from the politics of our time.  Countering the pessimism so pervasive among North American and European leftists, Wright has provided a solid rational basis for hopefulness about socialism. Instead of conceiving socialism as a specific economic system, Wright’s version of socialism entails a broadening and intensification of democracy.

Wright begins Envisioning Real Utopias with his normative ideal, which he calls radical democratic egalitarianism. This ideal, he argues, entails “an encompassing moral conviction [that] challenges all social and cultural practices which generate inequalities in access to the material and social conditions for human flourishing … [and that] challenges all obstructions to equal access to the condition for real individual freedom and collectively empowered democracy” (p.33). This first section of Envisioning Real Utopias has offered a uniquely comprehensive and persuasive indictment of capitalism. In the second section of the book, he has explored several desirable and viable alternatives to capitalism. Distinguishing between state power, economic power and social power, he diagrams different pathways to social empowerment. The third and final section of the book concerns transformation: how can the vision of social empowerment discussed in the first two sections of the book be achieved? Wright considers three transformation strategies: ruptural, interstitial and symbiotic—which he associates with revolutionary socialist/ communists, anarchist and social democrats respectively.