Many students would initially feel daunted and complain when they start taking general education courses, whether it is UGFH, UGFN, or the four areas of UG. This is reasonable because general education courses generally require a lot of time and effort. Even after putting their soul into these courses, most students still cannot ensure whether they can achieve a decent grade in the end.

This situation also happened to me in many ways. I still remember the moment of going into my first UG class during my first term – it was the UGFH class taught by Dr. Yeung Yang. Being a freshman with limited English proficiency and nearly zero classical text knowledge, I was pretty scared and clueless. Many senior students said that taking UGFH in my first semester was a brave decision and that Dr. Yang is a fantastic teacher with a high standard.

Knowing this, I decided to put a bunch of effort into the course. For example, as I did not understand how to write a decent essay, I had many consultations with Dr. Yang to practice formulating my ideas into words. Furthermore, since I did not understand all the topics in the tutorial, I always tried to speak whenever the concepts that I understood well popped up in our discussion.

Without any doubt, the overall course was quite challenging for me, but it turned out to be not as scary as I had imagined previously. Even more, with the efforts that I put, I could start seeing a few meaningful lessons that the course was trying to convey to its students.

So far, I have taken all the required six UG courses and had also become a Peer Assisted Study Session (PASS) Leader for Prof. Klaus Colanero’s UGFN classes during my second year of study. As I reflect upon my experience, I learned that all these courses have helped to shape me in many different ways. Among others, I started to be aware of my core values, try to see beyond the horizon, and understand other people better.

Being aware of my core values.

Before taking UG courses, I rarely think about my core values. I usually just do the things that seem most reasonable and would make me happy. However, when taking UG courses, especially UGFN by Prof. Klaus Colanero and UGEC “Humans and Culture” by Prof. Gordon Clark Mathews, I was indirectly forced to reflect upon my core values, and this reflection process is not an instant one. This process of reflection consistently occurred while I was trying to write my papers.

Throughout the process, I started to realize how my core values are affected by both nature and nurture. I also began to check whether my actions aligned with the values that I have. With this new habit, I would say I have grown into a more mature person who always tries to be more thoughtful.

Now, every time I need to make a decision during tough situations, especially when the better and appropriate options are not clear, I would try to reflect on what really matters for me in life. So far, this process of practicing to be mindful has changed me as a person by accompanying me throughout my journey as a student. I started to clearly understand why I do the things that I do, react to inappropriate and easy shortcuts wisely, as well as prioritize different options more carefully.

Always trying to see beyond the horizon.

In this complex world, there are often two sides of a coin and hidden truths behind everything. After learning general education courses, I became more aware that I should not take things directly as they initially seem to be. Instead, I should try to discover things that are not obvious by doing careful reflection and examinations. Even though sometimes we cannot fully understand the phenomena that we encounter, I learned that it is essential to make sure that we have tried our best to see the bigger picture.

Because of this, I became more critical in performing different kinds of analytical work in my study and even my internship. For example, when I was analyzing financial statements during my finance internship, I was motivated to understand phenomena beyond the numbers and not to directly believe the number as they are. I learned to question biases and other human factors behind the reports and figures, which has helped me succeed during my internship.

Furthermore, this habit of understanding the bigger picture has shaped me to be calmer and more stable in responding to real-life conflicts. It also allows me to be more efficient in generating insights, bringing improvements, and solving various structural problems.

Understanding other people and respecting their perspectives

Because of the complexity of real-life phenomena and our limited understanding, sometimes, we should respect distinct perspectives even when we do not appreciate them. These phenomena are complex because of the interrelationships behind things where one thing affects another, and another thing affects another different thing. While it is natural for us to try to understand these interrelationships, we often cannot fully grasp all available information. Knowing this, I realized that I should be open-minded, accepting that what we always believe may not always be the truth.

The implication of this is genuine; I became a more curious human being who is eager to understand other people, including their motivations and purposes. When being a team member, for example, I started to have a genuine motivation to understand each of my teammates’ stories and visions so that I can try creating a more enjoyable environment for them. Without realizing it, this trait has helped me foster meaningful relationships with people around me, being more selfless and understanding.

This trait has helped me in a lot of aspects. I can now deal with my friends who have major depression better and give more meaningful suggestions to other people who need my advice. I also learned to be more humane and compassionate not only to those I know, but also to those I do not know personally.

There are many different possible journeys of getting lessons that a student can go through when learning general education courses. Often, the paths are not that smooth, and there are many ups and downs throughout the process.

Here, the bottom line is clear: general education in CUHK is challenging, comprehensive, and complex. While many students do not favor them, some others enjoy these courses and learn a lot from them.

In my case, these classes have taught me meaningful lessons that I should not take for granted. Not only have these lessons helped me to grow as an individual, but also knowing myself and the world around me in a much deeper sense. 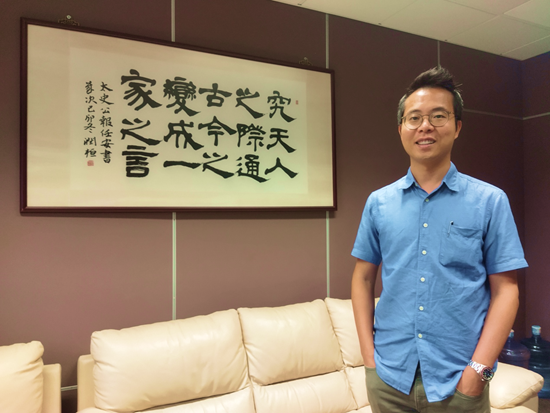 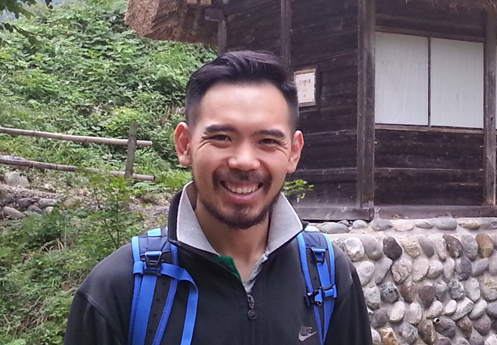